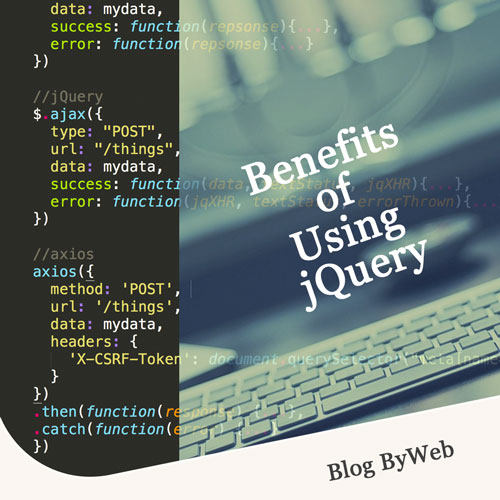 jQuery is a free and open source software, used by developers to make creating animations, developing applications and plug-ins, and navigating documents easier. Using jQuery, web developers can create dynamic websites and applications, making for a much more fluid navigational experience. It’s been said that over half of the world’s most commonly visited websites using jQuery, so it’s definitely a software seasoned web developers are using, and those new to the industry should begin adopting.

Here are a few benefits of using jQuery, to make the process for fluid for web developers who may be new to the software.

In order to ensure that the website performs optimally, it’s a good idea to preload images, so that your website is loading as fast as possible Using jQuery, you can use basic code, so that the webpage can load without waiting for images, which can often slow down the speed of your website.

When you use jQuery, you can rest assured that your website will look the same in all browsers, which of course ensures that your company’s message remains consistent.

As we said, jQuery is open source, so there is a large group of developers dedicated to making sure that it performs as it should and that it is consistently updated. The large developer community behind jQuery also means that it is secure and that there are various tutorials and documents available for novice web developers to get a handle on how to use jQuery and get quick answers to questions that he or she may have.

jQuery is basically able to do all of the things other programming languages are not able to do yet and with loads of plug-ins available, web developers can create specific effects, without very much effort. Plus, if you don’t quite know how to use the plug-ins, the massive developer community is available to help.